Before I start this post, I just want to say, I share personal things about my previous weight and weight loss, my diet, and weight-loss journey. PLEASE do not compare your weights to mine as every body is different and processes diets, exercise, food, you name it, differently. This is my own personal weight loss goal and I speak very up-front about my thoughts and feelings about MY OWN weight and goals. This post is in no way attempting to shame or put down ANYONE in any form whatsoever. This is a personal post and not meant to bring others down, but rather give hope and inspiration to those looking for a weight-loss method. And just because I lost weight doesn’t guarantee you will too, this is just my personal experience I am sharing with all of you today. You act on your own free will of whether you try my methods or not.

So I gave those who follow me on the ‘Gram a little preview of what this post is all about.

Today I am going to talk about how I have lost 15 pounds on my diet! Guys. I have only been doing this diet for about a month and to be able to lose that amount so far has really kept me optimistic and hopeful for what’s to come!

So a little background on my weight in previous years:

In high school I was always very active, played lots of sports, and had a wonderfully amazing metabolism (if I had only known that then right?) Back then it really didn’t matter what I ate, I could stay around the same weight and enjoy whatever I pleased. In high school I always had a chubbier face though, but once I got my braces, my face thinned out. Not sure why, but not complaining either!

Flash forward to college. I didn’t gain the “Freshman 15” as everyone says you do. I was always too busy running around taking classes and not eating too much because I was poor and didn’t have a lot of money to be buying lots of food. So I stayed the same weight there as I did in high school.

And then I moved home for a semester my Sophomore year of college and man, my mama can make some good home-cooked meals.

I gained about 10-15 pounds that summer I think? And you could definitely tell.

Once I moved back to Flagstaff for college, I easily lost the weight again because I wasn’t having these really nice dinners anymore. But I never was a super huge worker-outer or anything. I would go to the gym here and there with friends (I would go more to play racquetball than anything haha!).

When Spence and I got married, I stayed the same weight throughout our first year of marriage. And when I got pregnant, I was so proud that I could still fit into everything at like 2/3 months of being pregnant. I was eating whatever I wanted, never worked out, and would maybe go on a walk here and there.

Boy oh boy if I had just gotten it into my thick skull what my mom had been warning me about for a longgg time.

She would always tell me that I should make it a habit of working out before and during pregnancy because it would make losing the weight that much easier. But yeah, me no listen.

I was at the high ends of 170 pounds (closer to 180…) and definitely feeling all the weight. A ton of it was just from all the swelling in my legs and feet cause this girl hung onto a BOATLOAD of water. And remember, I weighed 127 at my very first ultrasound visit (so about 2 months pregnant).

So after having Tatum, that sweet thang, I lost maybe 10 pounds? I can’t remember. BUT I lost a little bit of weight. And for monthsssss after, I held on to a good 30 pounds. You know how they say the weight just falls right off if you’re nursing? Yeahhh didn’t happen for me at all.

Flash forward to April (Tatum would be about 4/5 months old at that time), I still was 30 pounds overweight. And it showed in my face most of all (that’s where I carry much of my weight). I remember doing a fun sisters photoshoot with my sisters and we brought Tatum too and I used my camera just to play around. Well, I remember looking at the pictures afterwards, wanting some new pics for the blog, and thinking, “I don’t really want to use these.” I just personally felt like for me, I didn’t look as good as I used to and hey, I probably won’t EVER look like I used to, but I could get close.

So I got determined.

My dad started a diet back at the beginning of the year and currently has lost around 30 pounds I think? And my dad looks amazing! So I thought to myself, why don’t I do what he’s doing? I could just give it a shot and see how it goes! And I just wanted to lose all my baby weight really. So I asked him all sorts of questions like what he does, what he eats, drinks, you name it.

So my dad does the Atkins diet, or better known nowadays as the Keto diet. The idea of this diet is to limit your carbs (pretty drastically), and instead of having your body burn the carbs for energy, it’ll go to it’s next source – FAT.

I decided to give it a go. I bought some Atkins protein shakes, peanut butter/chocolate meal bars, and some Atkins/Keto-friendly ingredients for lunches and dinners.

So to give you a quick summary, I have been doing this diet for about a month – I started a week after we got back from Bolivia because HELLO CARBS. The date was July 15 when I first started and I weighed 154.8 pounds…

I weighed myself August 17 (almost exactly a month) and I weighted 140.2 pounds – so JUST under 15 pounds in ONE MONTH!

This was seriously such a game changer for me. I have NEVER ever done a diet and never thought I would EVER stick to one! But after seeing results, I decided I have to keep going because I still have 15-20 pounds more to lose and I have to lose them before our next baby 😉

The top picture was from April and the bottom one is from July (when I was only on the diet for a couple weeks).

But overall, this diet has been great! Sure there are times when I think, man that treat looks soooo good! But what I have had to remind myself is that it’s not going to make me feel as good as I think it will. Like Sonic shakes – I loved them, but after having one, they’d always make me feel kinda yucky. So I have to continually remind myself of how I felt afterwards and stay away.

Another thought I tell myself all the time when it comes to some sort of food that doesn’t fit in the diet, for example, pizza, I tell myself this:

“Mallery, you are just hungry. Once you eat your food, you’ll feel totally fine and won’t think twice about the food you THOUGHT you wanted”.

That thought totally works for me. And in the past when I tried to count Macros, my mind would be all over the place and I would crack All. The. Time. I would never be able to stick to it and hated feeling like I COULDN’T have that. So with Atkins, I have my food that I usually eat every day and then every night, I reward myself with a treat (because I believe in treats every night). So I use these treats that my dad introduced to me and I am in LOVE.

I am a HUGE peanut butter and chocolate lover. That combination is just, mmm. So I have two small “peanut butter cups” at night after dinner and they are so satisfying. Or I eat one of the pb/choco meal bars. But I figured I don’t have any sweets/treats that I can really have on this diet, so I splurge a little every week to buy these pb cups and they are SO worth it!

My breakdown of what I normally eat every day is listed below for you guys to get an idea of what I eat!

THESE ARE MY FAVORITE!!

And they come in a huge pack – I think I may get them to last me a longgg time!

So you can see it’s a very simplistic-style diet. You make your meals as simple as possible to achieve your goal of minimal carbs. I keep my carb intake anywhere from 20-25 grams of carbs a day (others with littler to lose can do 40 grams of carbs).

This diet is great for me because I was so used to eating 100+ grams of carbs a day. Now I should warn you, I’ve heard of lots of people getting hit with the “Keto Flu” and I went through it as well. There are many symptoms and you can look them up online, but I mainly just felt SUPER lethargic and completely out of energy. It lasted maybe 1-2 weeks for me?

But now I feel great and I can’t wait to keep going! I think one of the hardest things are people try to get you to cheat. I have had SO many people say, “Just have a cheat day”. But I remind myself why I’m doing it as well as knowing that if I cheat and mess my body up with it’s burning fats instead of carbs cycle, I’ll have to start all over again.

Overall, I have really liked this diet. For me, it’s not a permanent thing, but rather a kick-starter to get me where I need to be weight-wise (because that’s my ultimate goal). And I seriously can’t wait to see where this takes me and how much progress I can make in another month!

If you have any questions, please feel free to ask! 🙂 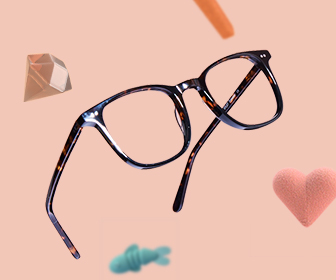